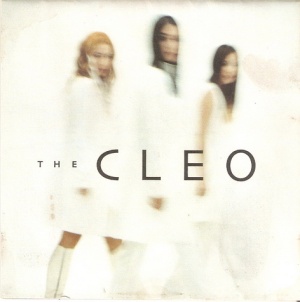 The melody has a bit of that 90s Korean ballad feel – like Star In My Heart stuff. The techno accompaniment that kicks in soon washes that away, but the song remains impossibly cheery. While I don’t think Cleo ever really got out of FIN.K.L.’s shadow, this one moment was fully their own. 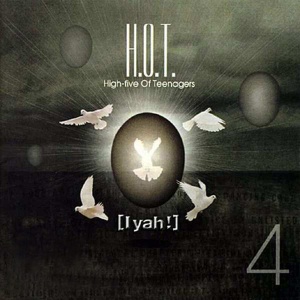 Korean boy bands used to have to go through an edgy social commentary phase, and while H.O.T. debuted with that angst, they committed to it fully in “I Yah!” I get the sense that this song as well as “Spirit”, its companion of sorts, were written with Jang Woo-hyuk in mind; he explodes out with growling rapping atop the screeching guitars and really makes the song work. Meanwhile, the apocalyptic arrangement and scathing lyrics were appropriate for 1999’s Korea, and elements that would become Yoo Young-jin’s “SMP” genre are audible too.

Beyond the immature inanity of “Nasty”, but before the overbearing weightiness of “Do You Know Me”: this here was peak 1TYM. Each member puts in solid bars, with the second-verse duo of Taebin and Oh Jinhwan starting to pull their weight. The song doesn’t lose focus even with the four guys switching in and out, and credit for that should go to the immediately addictive hook. For a brief moment, this group had all the potential in the world.

“An Ordinary Day” is an ordinary composition, made special by the strength of its expressive lyrics and performances. The day’s mundane activities, documented by Son Ho-young and Park Joon-hyung, are written with warm detail. Kim Tae-woo‘s regretful chorus belays the seeming peace, and sets the stage for Denny Ahn‘s climactic breathless confession. The bittersweet aftertaste lingers; it’s a story well told by experienced hands. (As a bonus, in 2014 the reunited group put out a definitive edition.)

Kara’s career took a couple years to really get going; by “Pretty Girl” the group had finally gained some traction, and “Mister” sealed the deal. A powerful refrain and engaging synthetic brass, both future Sweetune staples, respectively gave the song gravity and energy. It’s telling when a song that wasn’t even supposed to be promoted later became a dual-title before eventually becoming the longest-charting track on the album.

The two-songs-in-one concept is a little gimmicky, and it’s never been tried again. But if you heard “Sherlock” without knowing about the backstory, you’d still appreciate it. As I wrote before: “the vibrancy and fidelity of the brass line… give dimension to the handsome melody”, and “lyricist Cho Youn-kyung‘s language is pregnant with intrigue and rich in imagination, creating electric atmosphere and in-the-moment intensity that complements the sound”.

“Me, In” is an ideal remake: the original “Beauty” is recognizable in the timeless riff and catchphrase, but the track also lays a sleek modern arrangement while adding new lyrics to flip the song’s context and titular meaning upside down. I love what the team did with the pulsating synths and melodic flairs – Yeeun’s work on the arrangement is phenomenal, as her later sounds as HA:TFELT would be.

“Love In The Ice” thrives off of the same famous harmony that no other idol group has recreated, as well as incredible individual performances – Xia soaring for the finish – and gorgeous lyrics penned by Changmin for the Korean edition. It’s wistful, memorable, and an appropriate final track to what became TVXQ’s final album as five members.

As soon as Hyorin started spelling out “S-I-S-T-T-T-A-R” and the austere but punchy beat dropped, it was game over: this one was going to be catchy. One pleasant piano accompaniment was more than enough to set the stage, as Hyorin and Bora proved to have plenty of vocal presence and just took over the track. In that sense, “Ma Boy” was a flash of brilliance from Brave Brothers. 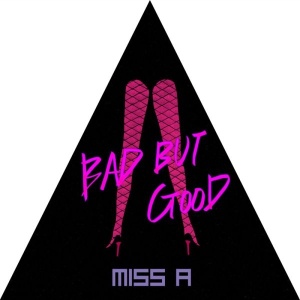 The strong-independent-woman image from this debut lasted a while for Miss A – in fact, that’s still their image. JYP kept his retro-electronic identity from the Wonder Girls trilogy but brought it forward a bit with tasteful sequencing, and the four members laid out a scathing, confident manifesto amidst shouts of “you don’t know me, so shut up”. It couldn’t have been done any better.